I planned on publishing an article titled Great Eats III: Greek Edition this month; but, it’s the New Year. And, after some thought, I decided it would be more appropriate to subject the reading audience to some predictions for the New Year. Before proceeding, I would be negligent without a few parting comments for the past 12 months.

Last year? There were two negatives and two positives.

Negatives: I suffered a fractured vertebra while vacationing at the fabulous Sandcastle Resort at Lido Beach (40th straight year) in Florida over Easter. It was painful. It also prevented attending (the 51st straight year) the AWMA annual meeting where I was scheduled to present a paper. Even worse, my doctor told me that I had shrunk about an inch. I’m no longer 6’2” tall. I suddenly realized why the ground seemed closer and Mary seemed taller. Even worse than the above, Mary broke her femur which prevented a visit to Ireland in July to celebrate her family’s reunion (maternal side) and our 50th anniversary. She still has yet to fully recover.

Positives of the previous year: There was Ron Roel’s feature three page Newsday ACT 2 article on June 24 on yours truly. And finally, do you remember where you were and what you were doing? I was on the phone with Danny Doyle watching TV and experienced the thrill of a lifetime early one Wednesday morning on hearing the election results. Donald J. Trump ascended to the throne, and will hopefully save our great nation from a biased media, corrupt politicians, and the fanatical liberals. Long live the King and God bless America.

A family photo celebrating the Queen’s 50th anniversary is below. 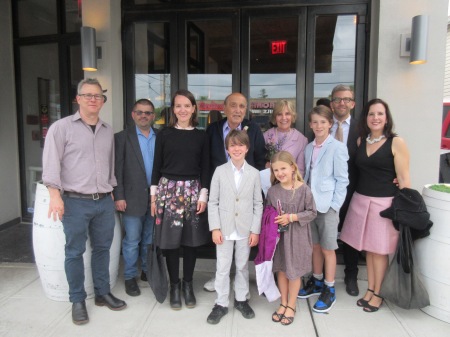 On to the prediction/random thoughts. Don’t despair. There’s only 35 (short?) ones with the first 6 of a personal nature. Well here goes.

• Both Mary and I will recover fully, and will visit either Ireland or Greece to celebrate a belated 50th anniversary.
• Daughter Georgeen will be promoted to Full Professor at NJIT and Interboro Partners (her company) will have another banner year.
• Daughter Molleen will purchase a house near Yale University.
• Son Patrick will be promoted to second grade detective in the NYC Narcotics Division.
• My three new technical books will be published, and as with all my other books, simply will not sell.
• I will also complete the second edition of Basketball Coaching 101 which will unveil my umbrella offense that is sure to revolutionize offensive strategies.
• Interest in soccer and lacrosse will continue to rise. Interest in football will continue to decline primarily due to the violent nature of the sport.
• International problems with Iran, North Korea, Russia, and China will not be resolved.
• There is a reasonable chance that I will get involved in a medical project with one of my former students, Dr. Ivan Harangozo.
• Thanks to the efforts of first cousins Helen and Sandra, I will complete the Theodorakos-Kourtakis Chronicles that will feature our family tree.
• The national debt will soar this year but will recover in subsequent years.
• The main boom in the economy will come because of energy and the elimination of insane environmental regulations.
• People are coming to realize that the “climate change/global warming” scenario is nothing but a massive scam. Furthermore, NYRA’s claim that they are a non-profit organization is laughable.
• The Tea Party is alive and will be doing even better this year. The Republicans better watch their step since the swamp (this includes them) will be cleansed.
• More and more people will come to realize that FOX NEWS has buried the liberals and their distorted agenda. It will take generations for them to recover.
• Danny Doyle–former partner with Killeen’s Tavern (he robbed me blind), star of the legendary Killeen’s Tavern basketball team, former NBA Detroit Piston, and perhaps my closest friend (*#*!)–will once again somehow successfully evade being incarcerated and/or institutionalized.
• Our gang’s annual visit to Steve “The Greek” Panos will go on schedule, but with a smaller group. The toughest Greek since Alexander the Great and the people’s choice for bouncer at a Bouncer’s convention, I’ve never forgotten how he saved my life when a fight followed by a full-scale riot broke out at one of our basketball games.
• Despite my nomination, John J. “Jack” Powers will again be denied admission to Springfield’s Naismith Basketball Hall of Fame. I also recently nominated Eddie Corbett, legendary collegiate official, but he absolutely has no chance.
• At least one of our guys will leave us this year. Is it OK to hope that it isn’t me?
• The Donald and BHO will soon divorce; Pence will not.
• Schumer’s 2-faced conduct will continue. I still remember when he cried because some immigrants were detained at an airport while not shedding a tear when Americans were killed. Fake news? This guy is the premier fake.
• What is the infatuation with illegal immigrants? It will unfortunately continue. I can understand the liberal democrat’s position because of their quest for power at any cost to our nation. But, many average Americans? Why is their logic so flawed? Do they not know the meaning of illegal?
• Mueller will continue to make a fool of himself; he just doesn’t understand that FOX NEWS has exposed him and his crew as biased frauds.
• The country will experience a resurgence in religion.
• I will probably find more people boring and annoying on the phone this year.
• My days in investing in the stock market are over. But, if I were an investor, the money would be directed toward Wendy’s (conservative) and Regeneron (speculative).
• Baseball will have another good year. The Yankees will be good, but not great; it’s the pitching stupid. The Mets should be something better than good; once again, it’s the pitching stupid.
• Trump will partially succeed in cleansing the swamp.
• None of the liberals, e.g., Hillary, Comey, Lerner, etc., who have broken the law, will be prosecuted.
• Twenty five years ago, I described The Hill and Bubba as “two thoroughly rotten human begins.” Took some heat then, but guess what…
• Seven years ago, I described BHO as un-American, lazy, narcissistic, and not too bright. Took some heat then, but guess what…Ditto for Michelle on the first point.
• Lying will remain a way of life for most Americans; it’s not just the liberals.
• BHO will continue his racist ramblings. He has set back race relations as if he was intent on starting a Civil War, helped place a bullseye on the back of every cop, and (interestingly) never asked Black Lives Matter to demonstrate in Chicago.
• Thanks to BHO, we now know that “the supposed untouchables” at the FBI are no longer untouchable and the Department of Justice (for whom I once served as a consultant and expert witness) would more appropriately be called the Department of Injustice.
• The concept of the NCAA’s student-athlete is perhaps the neatest scam ever perpetrated on the public. Not so fast Lou. I recently met two Manhattan College student-athletes graduates – 6’4” Russ Williams and 6’4” Chris “Smooth” Williams – who could prove me wrong. Both are authors and successful in business. Russ (Business Management) has authored “Transition Game Plan” and Chris (Liberal Arts) authored “Twenty Beautiful Men”. These were two very interesting and fascinating guys. 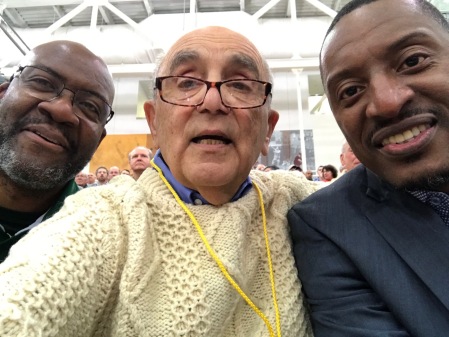 That’s what I’m predicting and I’m sticking with it.

Visit the author at:
www.theodorenewsletter.com
or
on his Facebook page at Basketball Coaching 101

Posted by The Theodore Newsletter